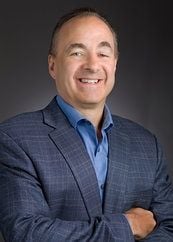 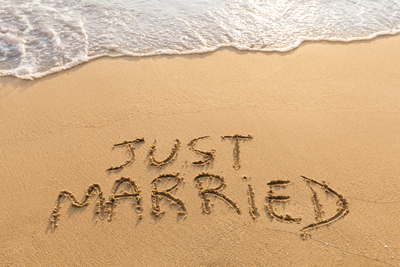 June remains one of the most popular months for weddings. Weddings are a wonderful celebration usually followed by the all-important honeymoon (that’s right) then the first-year newlywed period and finally reality: marriage.

Marriage, wives and husbands are common targets for comedians. Rodney Dangerfield said that he and his wife were happy for 22 years, then they met. He also complained that his wife’s cooking was so bad, the flies in the neighborhood pitched in to fix the holes in their screens.

For you older folks, you may appreciate George Burns’ take: “I was married by a judge. I should have asked for a jury.”

Husbands are equally assaulted. Rita Rudner quipped that “Men who have a pierced ear are better prepared for marriage-they’ve experienced pain and bought jewelry.”

According to Ann Bancroft “The best way to get most husbands to do something is to suggest that perhaps they’re too old to do it.” I could have told you that. It carries over from the mindless dares and challenges from allies and adversaries alike at school, on playgrounds and in the neighborhood.

Many a male’s last words before departing this earth were “Watch this.”

Now, before I say another word, I want to go on the record that I enjoyed my wedding day and would not trade it for anything. I think most men feel the same but let’s face it, everyone knows the wedding day is for the bride.

I also hope the men reading this will appreciate the personal risk I am taking by getting out into the open what many of my male species think and feel about what has become of the wedding ceremony.

Of course, I know most of you will deny agreeing with my opinions when confronted by the love of your life. Cowards!

I read recently that the national average cost of a wedding in the United States is $30,000, which does not include the rings and honeymoon.  $30,000!!!

Most ceremonies include symbolic customs to illustrate commitment to one another. For generations lighting a unity candle has been a staple and was included in my wedding.

As a twist on this lasting tradition, some couples use two jars of sand that each pour into a single glass.

Still others plant a tree or pot a plant together. >Sniff. So beautiful< Some couples create a cocktail! (Ok, this has merit since you may need it after a few years of marriage.) Finally, the majestic release of doves… I am not even sure what that means.

Has a groom, ever in history, been the one to suggest these? Oh, you may get on board quickly, but it was not your idea. This, my fellow husbands, is the beginning of “yes dear” training.

Then there are those unusual ceremony locations. I will simply address one here to strike a blow for all mankind and save friendships. Destination weddings.

It is as if the couple is telling everyone “Our wedding day is so important for your future we want you to give up vacation time, spend a bunch of money on travel, lodging and food so we can get married in some far-off location where no one we know lives.”

Who are you people? I personally know someone who declined attending a destination wedding over 10 years ago and the bride and groom have not spoken to him since and they are FAMILY. Yikes.

Now, to understand the man’s approach to the perfect wedding ceremony, we need to go back to the very first one between Adam and Eve.

God put Adam into a deep sleep, removed one of his ribs and formed a woman. Basically, Adam woke from a nap to find a naked woman with him. Married! (Genesis 2:21-23)

2,000 years later Abraham, Isaac’s father, sent a servant to a far-off land to find his son a bride. When his servant returned with Rebekah, Isaac met her, took her into his tent. Married! (Genesis 24: 62-67)

All joking aside, I love the simplicity of God’s design for the union between husband and wife. It really is about how we privately commit to one another in a covenant before God.

Sometimes the stress and strain of planning that special day or focusing on elements of the ceremony can rob us of experiencing the moment when the Lord unites us with our spouse.

Marriage is also a powerful picture of how Jesus wants to be united with you.

“Your children will commit themselves to you, O Jerusalem, just as a young man commits himself to his bride. Then God will rejoice over you as a bridegroom rejoices over his bride.” (Isaiah 62:5)

I love that. When we give ourselves to Jesus like a man and woman do to each other before God in marriage, He rejoices like a newly married groom.

You may have heard that a good marriage requires a 50/50 partnership between husband and wife. That is simply not true. A good marriage takes 100% commitment, honor and support from each person.

My wife needs to know that I am giving 100% to her and the marriage. When I said, “I do”, I was really saying “I will” honor the unbreakable marriage covenant with my wife. Furthermore, my 100% should not be affected by anything she does, good or bad.

That is how Jesus feels toward you when you join with Him. The Holy Spirit wrote “For I am jealous for you with the jealousy of God himself. I promised you as a pure bride to one husband-Christ.” (2 Corinthians 11:2)

Once united with Christ, He promises to never abandon you. (Deuteronomy 31:6-8) and that does not depend on what you do, good or bad. He remains in a covenant relationship with you.

God continues to honor His covenant with you as His bride even when you are not honoring your covenant with Him. This is grace and it gently and lovingly draws you back into fellowship with Him.

It all starts with saying “I do” when you respond to Jesus as He is asking now, “Do you want me to be your Savior?”